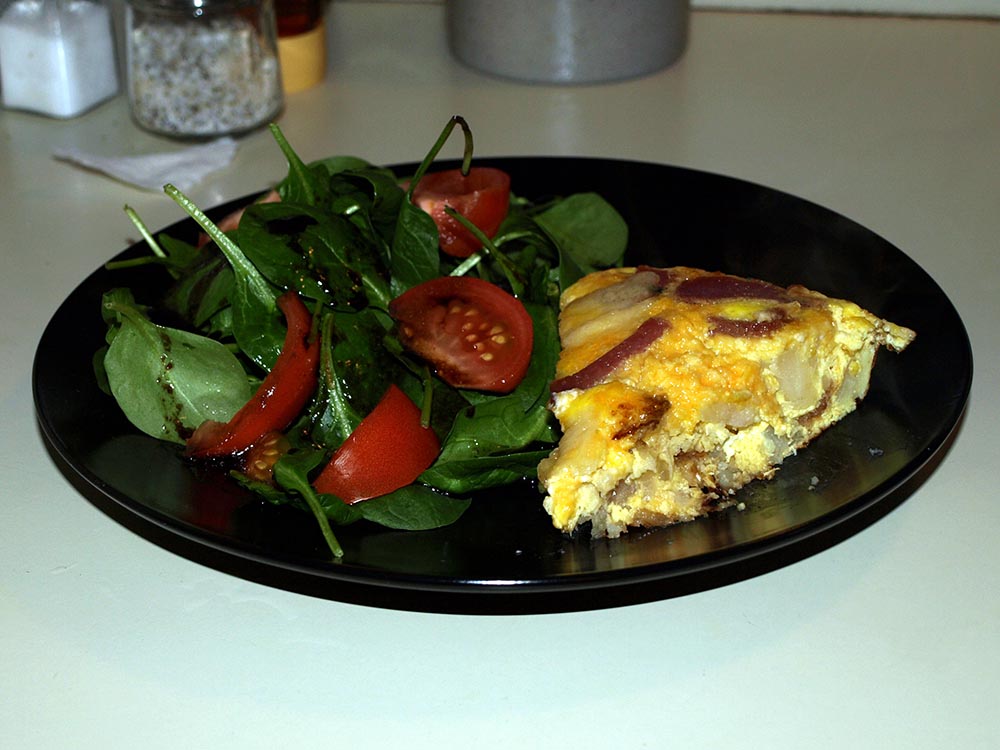 I found this recipe in this month’s issue of Martha Stewart Living.  Martha serves it for breakfast but I think it is a great dinner with a salad and even better as leftovers for breakfast the next morning.

AURA’S NOTES:  As with most things I make, I didn’t have everything I needed so I improvised a bit.  I had 4 eggs, not 10 so I added some more potatoes so it was slightly more potatoey than eggy.  I kind of think that 10 eggs would be too much, anyway.  Just my thought on it.