Oh migas!  Where had you been all my life?  I’m about to let you in on one of the best breakfasts. Ever. 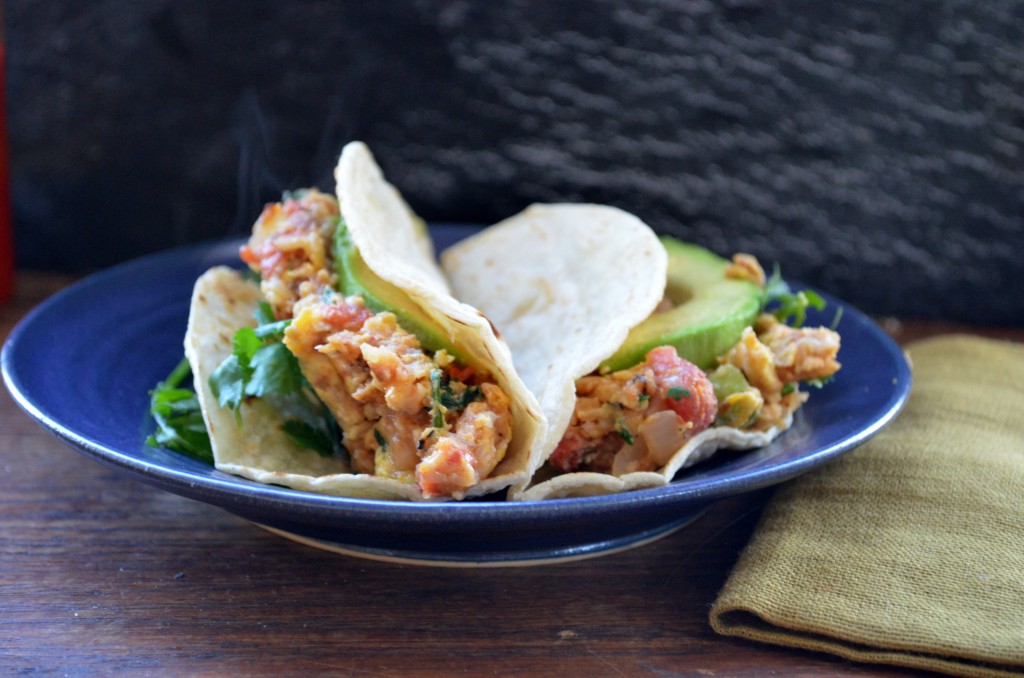 My boyfriend spent a few weeks on the road recently and about two weeks of it was spent in Austin, TX.  I tried to contain my jealousy as he told me about his daily breakfast fix of migas tacos from Maria’s Taco X-Press.  Up until recently, I had enjoyed migas only once or twice.  A deli in Kalamazoo, MI serves it as side dish and it is quite yummy but nothing in comparison to this Tex-Mex version, cooked up with eggs and cheese and served in warm corn tortillas.

After listening to my sweetie lament the loss of his new favorite breakfast, and being a good little foodist, I suggested my best solution…make them ourselves!  A quick search found a recipe from none other than Maria’s Taco X-Press and we set about whipping up our first of many migas breakfasts.  The only differences?  A little bit of cheese (I hear they are heavy-handed with it down in Austin–everything is bigger in Texas!) and instead of wearing tee-shirts and sunglasses in Austin we were bundled up in sweaters, leg warmers, flannel, and shearling boots to brave the frigid January-in-Michigan temps.  Maybe in July we’ll get that Austin feeling as we tuck into our probably fiftieth migas breakfast.  At about 3 or 4 times a week, we are establishing  a lifelong habit!  And I’m alright with that. 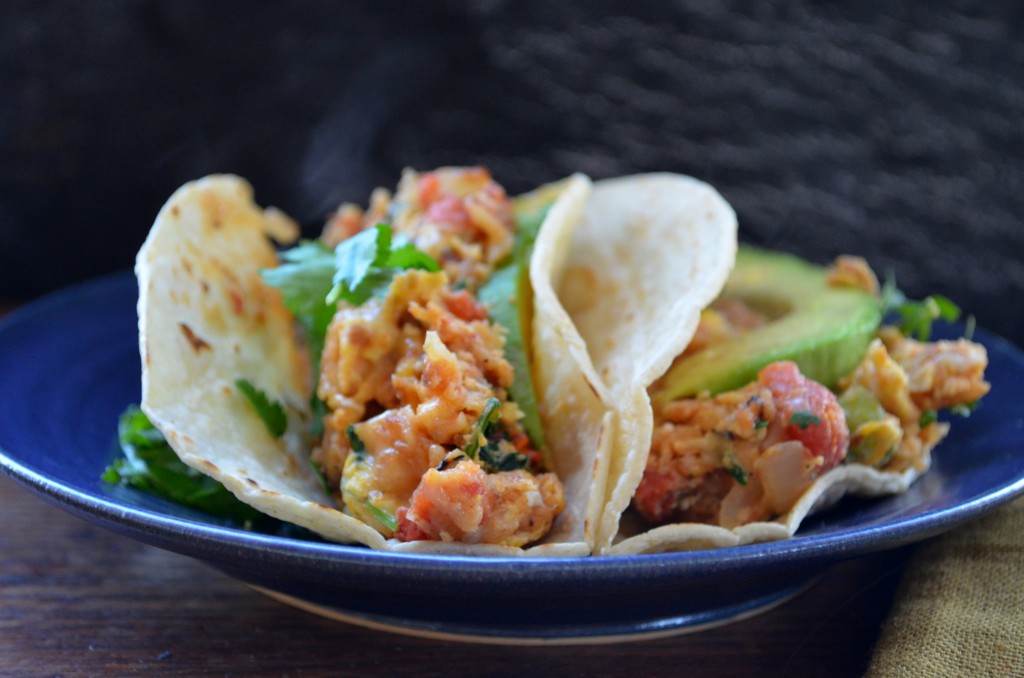 First, add the onions, tortilla chips, and peppers to a hot pan with one teaspoon of oil: 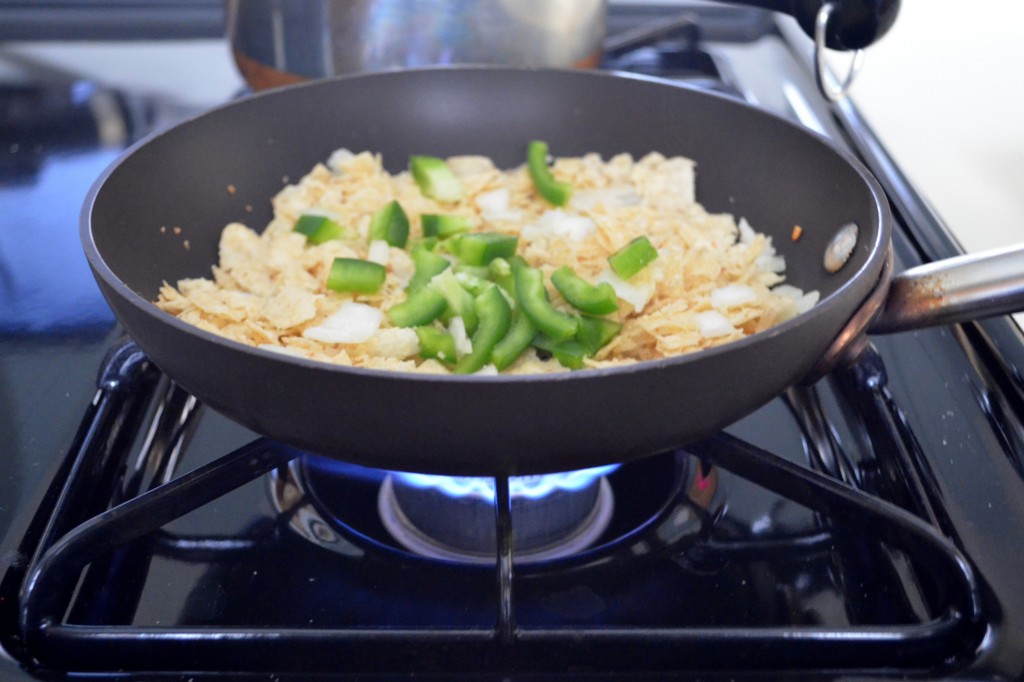 Add tomatoes and cook over medium heat 3 to 4 minutes or just until onion is translucent. 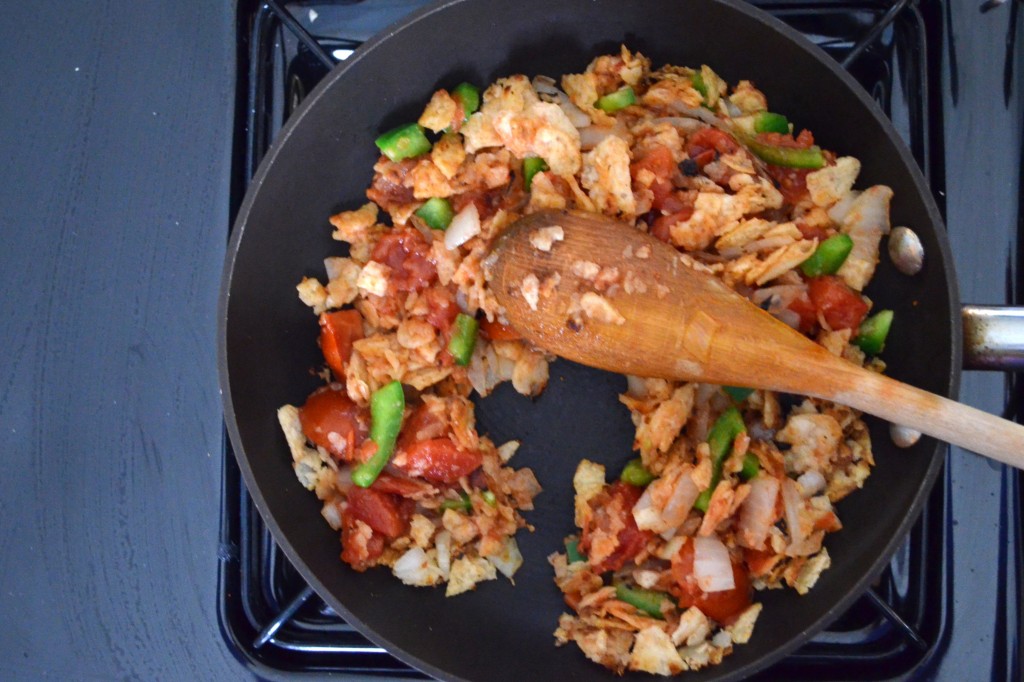 Add eggs to skillet, and cook, without stirring, 1 to 2 minutes or until eggs begin to set on bottom…the full recipe is below! 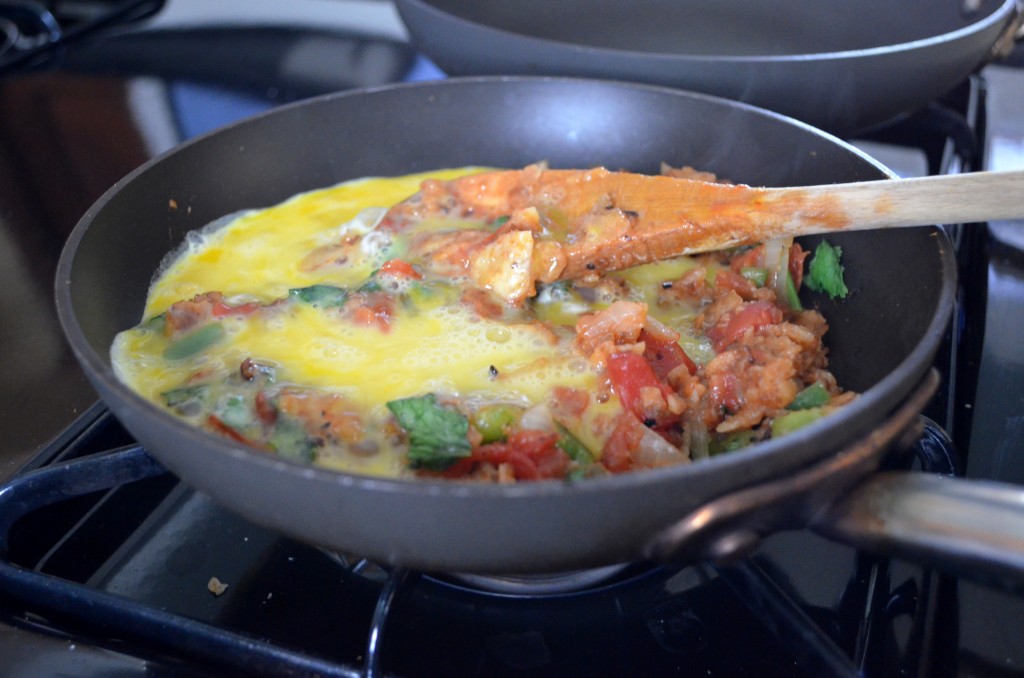 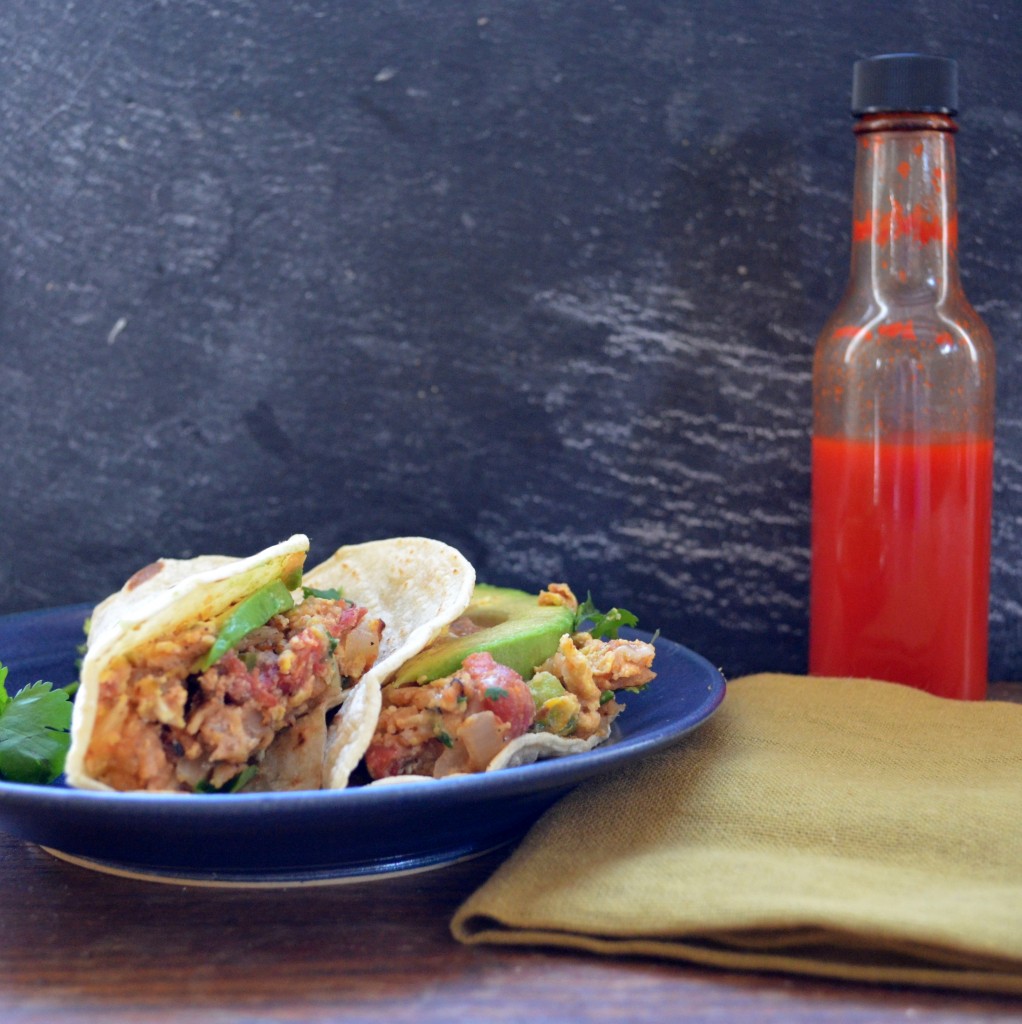